Is Barack Obama a natural born US citizen?

In this Politico Article dated 8/5/10 the results of a poll taken on President Obama are discussed:

The poll of 1,018 adults shows 27 percent of Americans believe the president was “probably” or “definitely” born in another country, compared with 71 percent who think he was born in the United States.

So 1 in 4 Americans do not believe that President Obama is really a natural born citizen.

Is there any evidence to back up the Birther claims that Obama is not a natural born citizen? 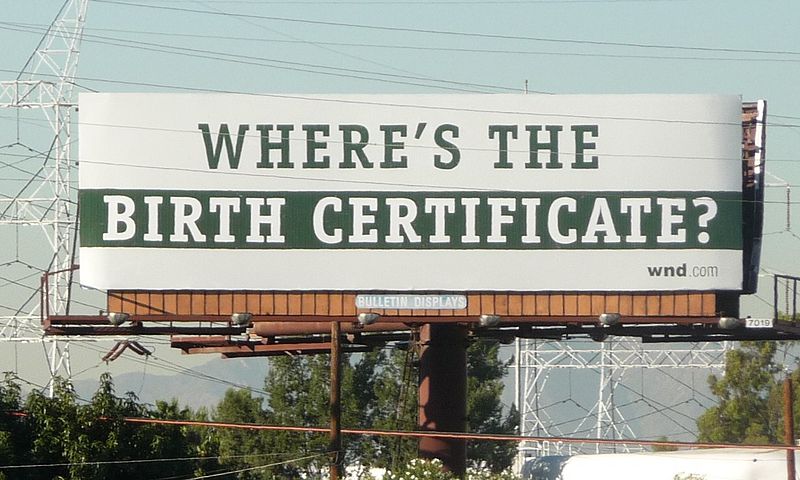 One piece of evidence is the long-form birth certificate showing that Barack Obama was born in Honolulu on Hawaii: (long-form on whitehouse.gov in PDF format) 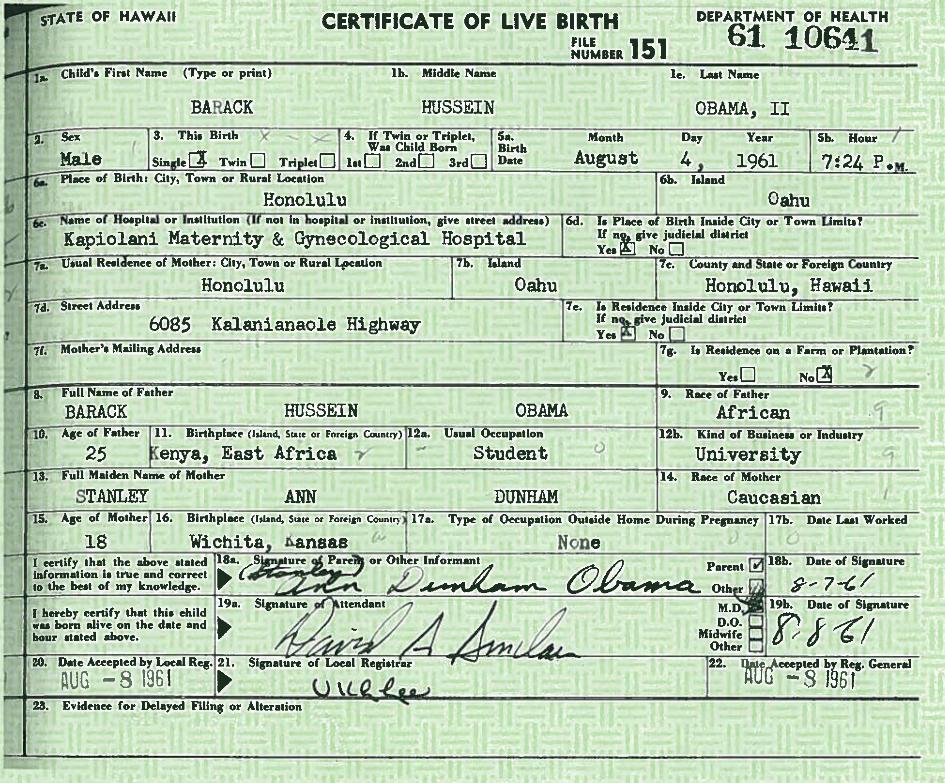 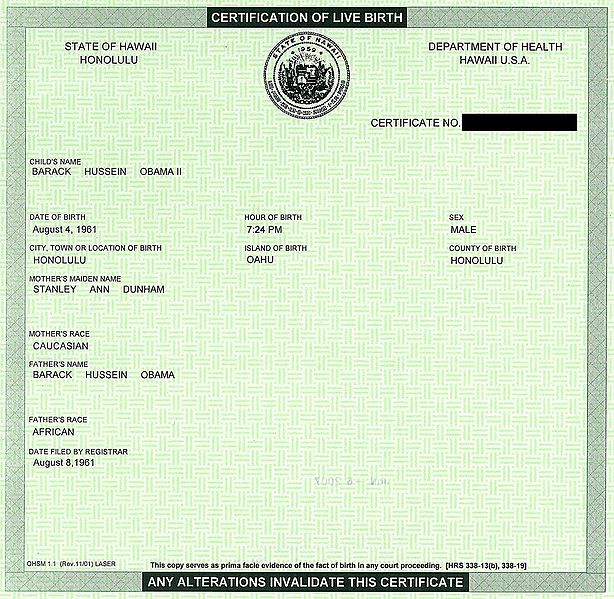 You can find a detailed examination of the birth certificate on Factcheck.org. They conclude in their investigation

FactCheck.org staffers have now seen, touched, examined and photographed the original birth certificate. We conclude that it meets all of the requirements from the State Department for proving U.S. citizenship. Claims that the document lacks a raised seal or a signature are false. We have posted high-resolution photographs of the document as "supporting documents" to this article. Our conclusion: Obama was born in the U.S.A. just as he has always said.

The director of Hawaii’s Department of Health, Chiyome Fukino, also confirmed that the certificate is genuine:

"I, Dr. Chiyome Fukino, director of the Hawai'i State Department of Health, have seen the original vital records maintained on file by the Hawai'i State Department of Health verifying Barack Hussein Obama was born in Hawai'i and is a natural-born American citizen," Fukino said in a statement. "I have nothing further to add to this statement or my original statement issued in October 2008, over eight months ago." -- source

The Barack Obama birth announcement, published in The Honolulu Advertiser on Aug. 13, 1961:

There is a simple (legal) answer to this question, but it won't satisfy the conspiracy theorists.

Full Faith and Credit shall be given in each State to the public Acts, Records, and judicial Proceedings of every other State. emphasis mine

What this means, is that Barack Obama is a natural born citizen solely for the reason that Hawaii says he is. No other argument is necessary or required. The only way to counter this argument is to have Hawaii repeal the certificate.

I realize that this doesn't answer the implied question "Where was Barack Obama really born?" But it does shoot a hole into any Arizona laws intending to keep Obama off the ballot. If Hawaii says he's eligible, then Arizona has to respect that.

While the constitution does state that to be president, one must be a "natural born citizen", it in NO WAY defines what that term means. So we are left with something of a legal void.

There is the Part of the U.S. Code that address this. His mother, Stanley Ann Dunham, being born in Kansas, was a natural born citizen (I don't believe there is any question on that point).

Section (e) of the code above stats:

So, regardless of where he was born (Hawaii or Kenya as some have claimed but provided little if any evidence), he is a citizen.

However, the U.S. Title only states that "The following shall be nationals and citizens of the United States at birth", and does not use the phrase "natural born".

There is no final, legal definition even today on what "Natural Born Citizen" means, according to legal professor Gabriel "Jack" Chin:

Unfortunately, the text of the Constitution does not define natural born citizenship, and neither the Supreme Court nor Congress has weighed in on the question.

Not the answer you're looking for? Browse other questions tagged politics united-states barack-obama .

24
Were many vaccine-preventable diseases almost gone before vaccines were introduced?
8
Did Obama mention in his book he was born in Kenya?
8
Is Barack Obama's Birth Certificate a Forgery of Johanna Ah'nee's birth certificate?
8
Is Ted Cruz a "natural born" US citizen?
-7
Was Hitler the father of Obama?

50
Is Snopes a "hoax" that is "covering up" for the Obama administration?
37
Are only 700 out of 480,000 life scientists creationists?
11
Was Barack Obama nicknamed Barack Oganja?
33
In the USA, are there more African American men in prison than in college?
8
Is Ted Cruz a "natural born" US citizen?
41
Do 26% of Americans believe the sun revolves around the Earth?
30
Does Barack Obama have an active quora profile?
91
Was Morocco the first country to recognize USA?
19
Is there a Rasmussen poll according to which 30% of Democrats believe Trump won the 2020 election?
10
Do more than 22% of American adults own Bitcoin?