How much do we know about the brain?

Ask Question
Asked 11 years, 4 months ago
Modified 10 years, 3 months ago
Viewed 4k times
17
votes
Locked. This question and its answers are locked because the question is off-topic but has historical significance. It is not currently accepting new answers or interactions.

Here's a question that is bound to be controversial but is not intended as such.

Do we really know anything at all about the brain? Is neurology really a science?

I'm an epileptic patient and have had three brain surgeries. Fortunately, these were successful and I no longer have seizures. But throughout my tenure(s) in the hospital(s) and during all of my testing/etc, I heard the same story: We know little about the brain, neurology is an inexact science. In fact, this book by Katrina Firlik: 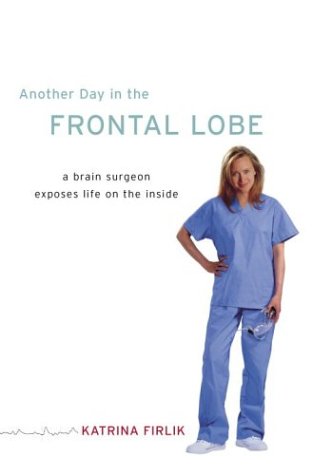 says that brain surgery is just a matter of "open the head, stir it up, hope all goes well." Not like the heart- you have a blocked artery? We'll do a bypass and as long as there are no complications, you'll be up and about.

I know about the tests that we have. I've had all of them performed on me many times. fMRI, MRI, CAT scans, PET scans, and, most importantly, EEGs. But, we see the electrical impulses and have no idea what they mean. For example, at one point I had three separate neurologists reading the same EEG, one telling me my seizures are in the frontal lobe, the second telling me they are in the left temporal lobe, and the third telling me they are in the right temporal lobe. MRI readings are better, but not really by much in my experience.

And then there is the matter of the medicine that is prescribed. I always hear, when I am put on a new medicine, "I hope this works, it might not." I have other medical problems in addition to my neurological problems and I don't hear this from any other doctor. And nobody agrees on the correct medicine or dosage. It's not like a dermatologist- this regimen for this type of acne.

So, I guess that my experiences have convinced me that neurology is a matter of guess, check, and wishful thinking. I have been lucky that it has worked but I have met many other people who have not been so lucky.

Is neurology a science? Do I have legitimate reason to doubt?

"Voodoo Correlations in Social Neuroscience"-paper argues that a lot of the peer reviewed neuroscience research is build on flawed methodologies. They use statistical tools that are overconfident and don't test the theories on new data. They are guilty of what Feynman identified in rat psychology research as cargo cult science.

Top scientists like Marc Hauser have a good chance to survive controversy about having faked a lot of data. Accusing a colleague of faking data can damage your career and as a result some scientists don't speak out about it. In that climate we don't know how many fraudsters simply don't get caught.

Most of the scientific minded public thinks that the discovery of mirror neurons was a big breakthrough of neuroscience. They are a potent meme because they provide people who want to argue a reductionist worldview with an argument. On the other hand those people who argue the other side usually don't know enough to challenge the argument.

The idea of mirror neurons is poorly defined. There are people who even argue that there is no real evidence for human mirror neurons.

Dr. Lakhan who is the executive director of the Global Neuroscience Initiative Foundation published an article about the mirror neuron question on his website that makes the call:

In order to avoid this “rather awkward position,” the scientific community must make concerted efforts to educate the public about neuroscience, and science journalists as well as the layperson would do well to approach coverage of studies in neuroscience with a healthy dose of skepticism.

Unfortunately a lot of self professed skeptics don't really practice skepticism but would be better characterized as defenders of a reductionist world view. They need the mirror neuron argument to win debates. They have no interest into questioning modern neurobabble.

I don't want to completely invalidate the quest to understand the human brain. We have however still a long way to go.

It's not like a dermatologist- this regimen for this type of acne.

Don’t ever make the mistake of over-estimating dermatologists. ;-) And in fact, acne is a very bad example because treating it is a bit like voodoo. The last resort cure for acne (isotretinoin) is an extremely potent toxin that kills cells left, right and center. And hopefully it eradicates acne in the process. It often has side-effects (some quite severe) and leads to a very high chance of birth defects when given to a pregnant woman.

And finally, it doesn’t always work.

There is nothing sophisticated about that drug and it can only be taken because most its side-effects concern the skin, which regrowths rather easily. But it should be obvious why similar medication isn’t used on the brain. ;-)

Neurology is a medical discipline engaged in diagnostics and clinical applications. The practice of neurology can be separated from the scientific study of the brain, which aims for an increased understanding without necessarily any clinical application in mind. The techniques are often the same, but neuroscientific reports rarely involve individual cases (except e.g. neuropsychological case studies). The way conclusions are drawn in the practice of neurology and the neurosciences differ.

Vul himself, whom you cite in the secondary literature, engages in social neuroscience.

This suggests that the neurosciences are self-critical at worst.

Speaking from personal experience, mirror neurons are controversial within the field. Some researchers have at times been willing to draw the conclusions of research on mirror neurons too far. For example, Iacoboni suggested that mirror neurons solve the problem of other minds. It is no wonder, then, why many neuroscientists remain skeptic.

22
Have coma patients ever gained the ability to speak a foreign language fluently?
8
Are our minds quantum entangled with people we are (emotionally) close to?
10
Do AVS/Psychowalkman/Mind Machine devices work?
28
Is the skeptical movement an offshoot of the Communist Party?
12
Is the Eye of Horus symbol based on the human brain?
13
Does flu vaccine make us more vulnerable to COVID-19?