Can you harvest energy from radio transmissions?

This video gives instructions on building a circuit to harvest energy from radio waves in the air using some pretty straightforward circuitry.

The creator has another video showing such a circuit powering a wall clock. Is it possible to harvest enough energy from radio transmissions to power small devices?

Yes, but from a practical standpoint, don't expect much from them as you aren't going to be getting that much electricity from the antenna.

First off, to address the basic claim that you can harvest electricity through the air and use it to do some sort of practical work. This is an emphatic yes as crystal radios are passive devices that are able to convert the radio waves over to electrical power that drives the earpiece so you can hear sound.

As for the more robust claim of being able to power non-specialized equipment such as the clock in the example. This can also be done, and is well publicized as a research area but the amount of electricity being harvested tends to be very low, as the one article notes:

Engineers demoing the two devices say electricity produced by the WiFi version is in the microwatts at a distance of just 10cm from the source, not a lot of course, but enough to power a small sensor or tag, they say. As for the terrestrial version, they were able to generate about 1.2mV and 0.06µW of power inside the exhibition hall, where the video was made, at the Tokyo Big Sight. The signals received were from a digital terrestrial broadcast sent from the Tokyo Tower which was about 5.5km away.

This tends to be enough to drive small electronics which is why there are some applications in sensor networks but you aren't going to get nearly enough electricity from passive sources to do much beyond the small applications.

Absolutely, and there are two sides to this which appear successful:

Induction: Nokia are one of those manufacturing products in this space to wirelessly charge batteries in mobile devices, along with manufacturers of electric toothbrushes, shavers, computer mice etc: 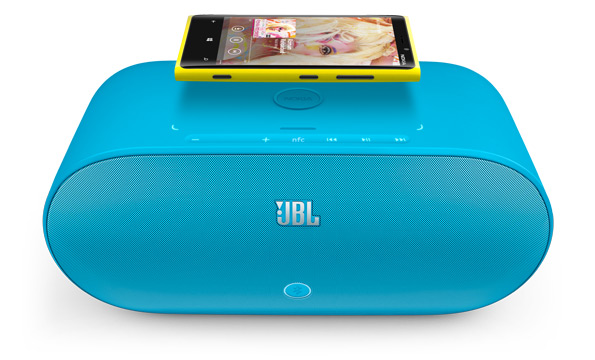 All you need to do with one of these is pop your device on top of the wireless charger and your battery charges. No need to plug in fiddly cables:)

To make it work well you need quite electro-magnetic coupling so it is really only practical at very short range, and with a very focused antenna, but this is absolutely harvesting energy from radio transmissions.

Microwave Power Transmission: From the International Journal of Computer Applications 2010 this paper there is mention of

In 1904, an airship ship motor of 0.1 horsepower is driven by transmitting power through space from a distance of least 100 feet

This works by strongly focusing a high power microwave beam. Companies like Raytheon, NASA and others have carried out Proof of Concept work and see that efficiencies are high enough to make it worthwhile.

While possible, this proposal is only practical if there is a high efficiency coupling between the transmitter and receiver. Anything else would waste the vast majority of the broadcast energy. With ordinary broadcasts the coupling is extremely loose, and all you will receive is microwatts or less. That may be enough to drive a clock, but not much else.

Tight coupling can be achieved by transmitting over very short distances, as in electric toothbrushes or the Nokia phone charger shown by Rory Alsop. Alternatively, the energy can be tightly focused to the receiver, and the receiver made large enough to intercept all of the beam.

There have been proposals to collect solar energy in space, using solar panels, and to beam it down to earth, using either lasers or microwave transmitters. In both cases the power would be tightly collimated to the receiver. A tightly focused beam is essential here, not only to ensure that no power is wasted, but also to avoid damaging structures and life outside the beam. The idea has been around for decades, but has not yet found backers. Obstacles to its implementation include safety issues, as well as the cost of launching a gigawatt space power station.

References can easily be found by googling "space energy", but here are a couple of examples:

In addition to the other answers, it is the principle by which a crystal radio set (first used by Bose in the 1890's, but not patented until the early 20th centuary) works. This just consists of 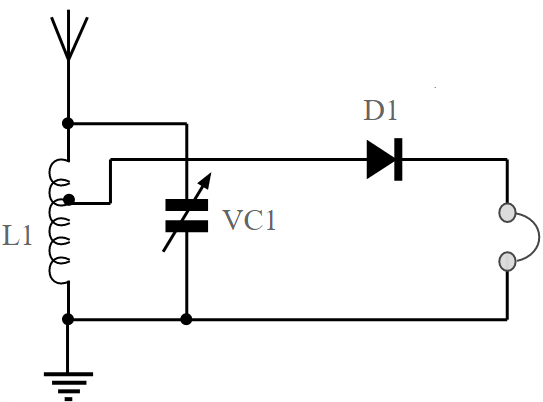 Of course it only works with 'old-fasioned' AM radio signals. It requires no battery and works more or less forever. I can probably prove my age by confirming that in my childhood I listened to the Apollo 11 take-off via such a device (at around 2:00 am in the morning, local time, on the 'wrong' side of the world).

Not the answer you're looking for? Browse other questions tagged engineering electronics .

29
Is there any data on how efficient Tesla wireless power transmission was?

14
Can you improve a car's engine by driving the car fast?
2
Can a "special resistor" save a water heater tank from rust?
11
Can you charge your phone using a non-electrified railway?