[I have] no idea if they rescue humans when drowning but I know that there are documented cases of them raping people! (as a side-note)

Raping a human requires the dolphin to be able to physically subdue a human and taking off the human's clothes the lack of opposable thumbs and hands really make it hard.

They can, however, "hump" a human and conduct in a way that if was made by another human being would constitute sexual harassment and molestation. Here are two videos as an example:

A dolphin with an erection shoving its snout to a woman's crouch:

A dolphin dry humping a visitor in a water park:

All the claims about dolphins raping humans, seem to be from this source which includes as its sources this picture: 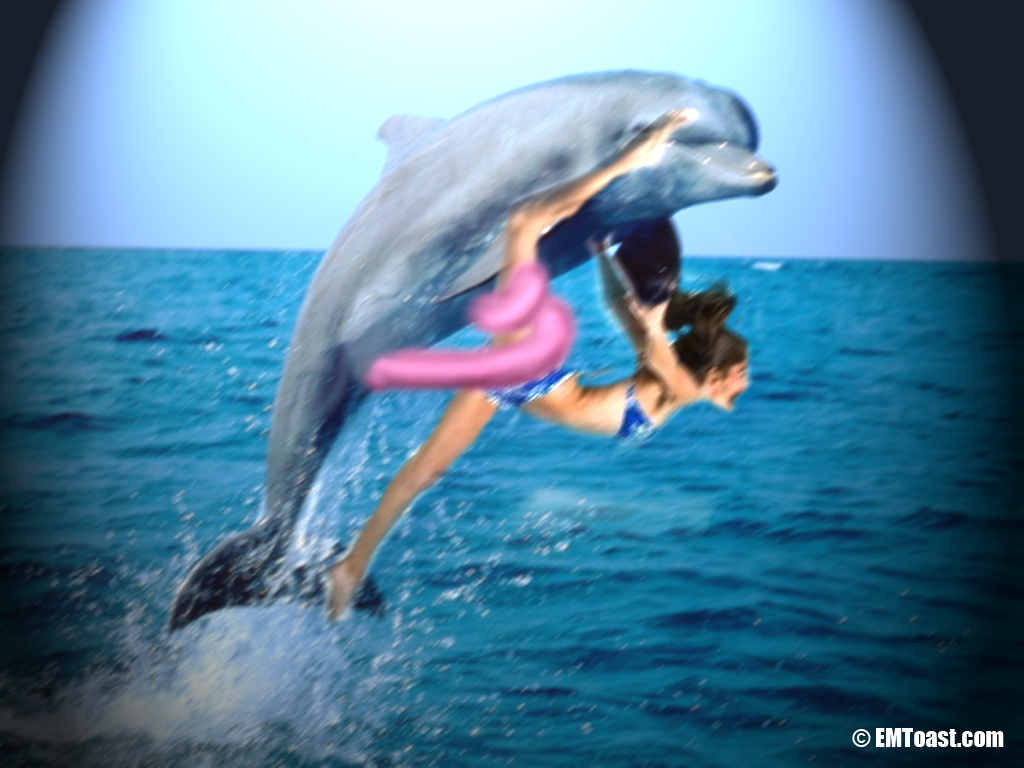 This behavior is not limited only to humans, or even living creatures, as mentioned In this article by Jean-Pierre Sylvestre:

It's noted in Pilleri et al. (1980) when 3 toninas were kept at Duisburg Zoo in 1978 that the adult male 'Vater' once tried to rub its erect penis against a large brush lying on the tank floor.

There is no scientific evidence of that behavior, despite the rumours.

A Spanish marine biologist explains it in this article (Spanish).

There is no person who has officially reported the violation by a dolphin, nor are there scientific studies that study this supposed behavior of dolphins towards human beings. [Google Translate]

When in the heat season, some male dolphins are unable to suppress their sexual instincts and take advantage of an encounter with divers to harass them with their erect penis with the intention of letting off steam. [Google Translate]

The article includes a video as evidence.

Not the answer you're looking for? Browse other questions tagged sexual-abuse dolphins .

12
Do dolphins attack dangerous sharks?
42
Do dolphins have homosexual “blowhole” sex?
17
Do dolphins help humans to the surface?
11
Are frat members more often involved in rape?
15
Did India declare dolphins “non-human person” status?
4
Are rape vans real?
11
Is one in five women the victim of rape/sexual assault?