Are there pine trees on Mars?

of what looks like pine or other similar type of trees. I think this image is important because the trees seem to be on a hillside, and for the first time tree trunks can be seen from this perspective rather that just an overhead view which makes the trees easier to identify as life on Mars. They look like a rugged type of tree you might find at higher altitudes and in tough environments. 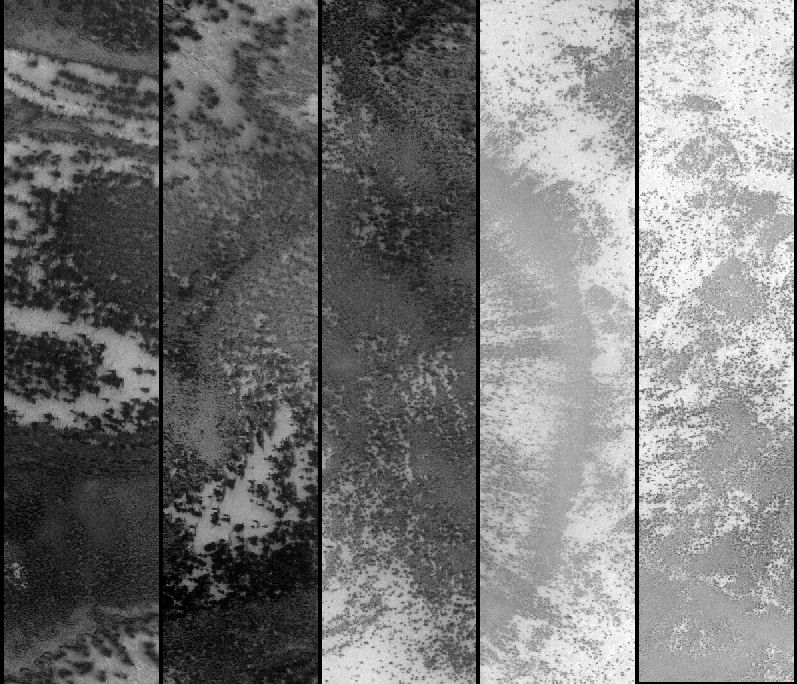 Is there any evidence that this is a genuine image taken by the Mars Global Surveyor, and is there an official explanation from NASA or any other space agencies? I would expect that these images, if real, are of a specific type of rock formation.

The first and second panels bear streaks that look like what has been tentatively described as ejecta from 'sand geysers'. These may occur when subsurface solid carbon dioxide (dry ice) deposits sublime, resulting in outgassing that blows dust into the air.

See for instance this image from the wiki article, originally published by Piqueux et al. in the Journal of Geophysical Research. The unidirectionality of the ejecta streaks due to prevailing winds gives the impression of shadows being projected from tall structures. 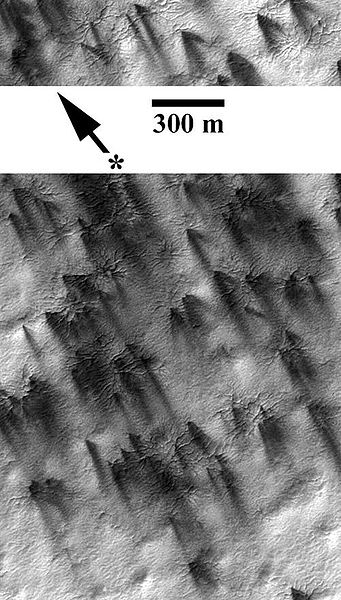 An alternative to sand geysers is the possibility of sand cascade tracks, such as seen in this fantastic picture from the Mars Reconnaissance Orbiter, aptly filenamed 'almosttrees_mro.jpg': 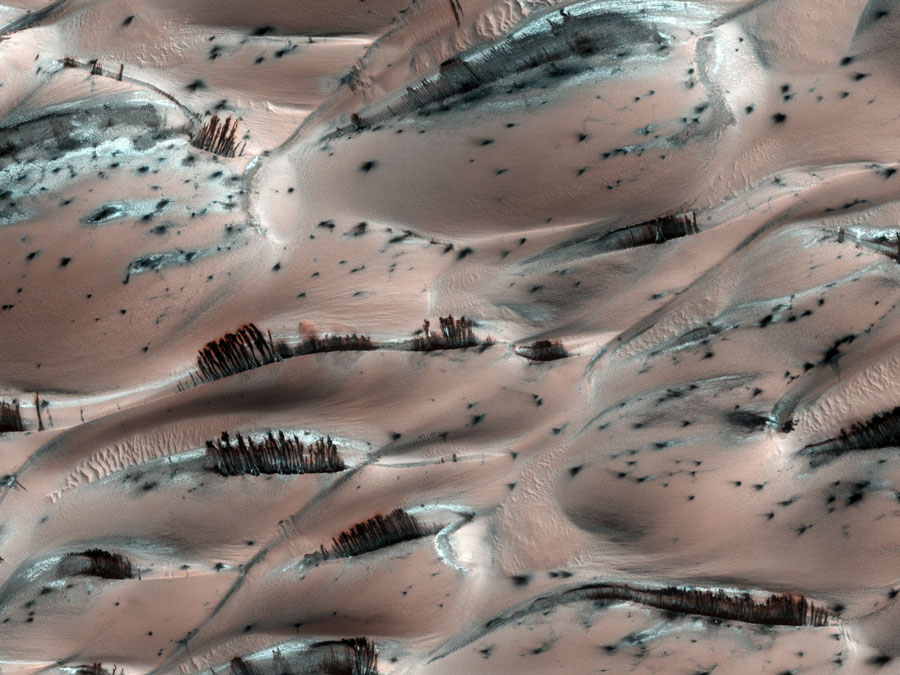 In both scenarios, the streaks lie on the ground.

Not the answer you're looking for? Browse other questions tagged biology astronomy biophysics planetology .

14
Do trees shed their leaves in autumn?
19
Can any fish climb trees?
17
Are there male and female watermelon fruits?
5
Do the trees follow Fibonacci series? How?
4
Is there no link between the meteor that affected Russia and the asteroid 2012 DA14?
2
Has David Martines found a picture of a space-station on Mars?
18
Do trees die of cursing in Solomon Islands?
6
Is there any evidence of Planet X / Nibiru?
4
Are there more trees in America today than there were during colonial times?
20
Does rolled sod produce 40x as much oxygen as a pine forest?