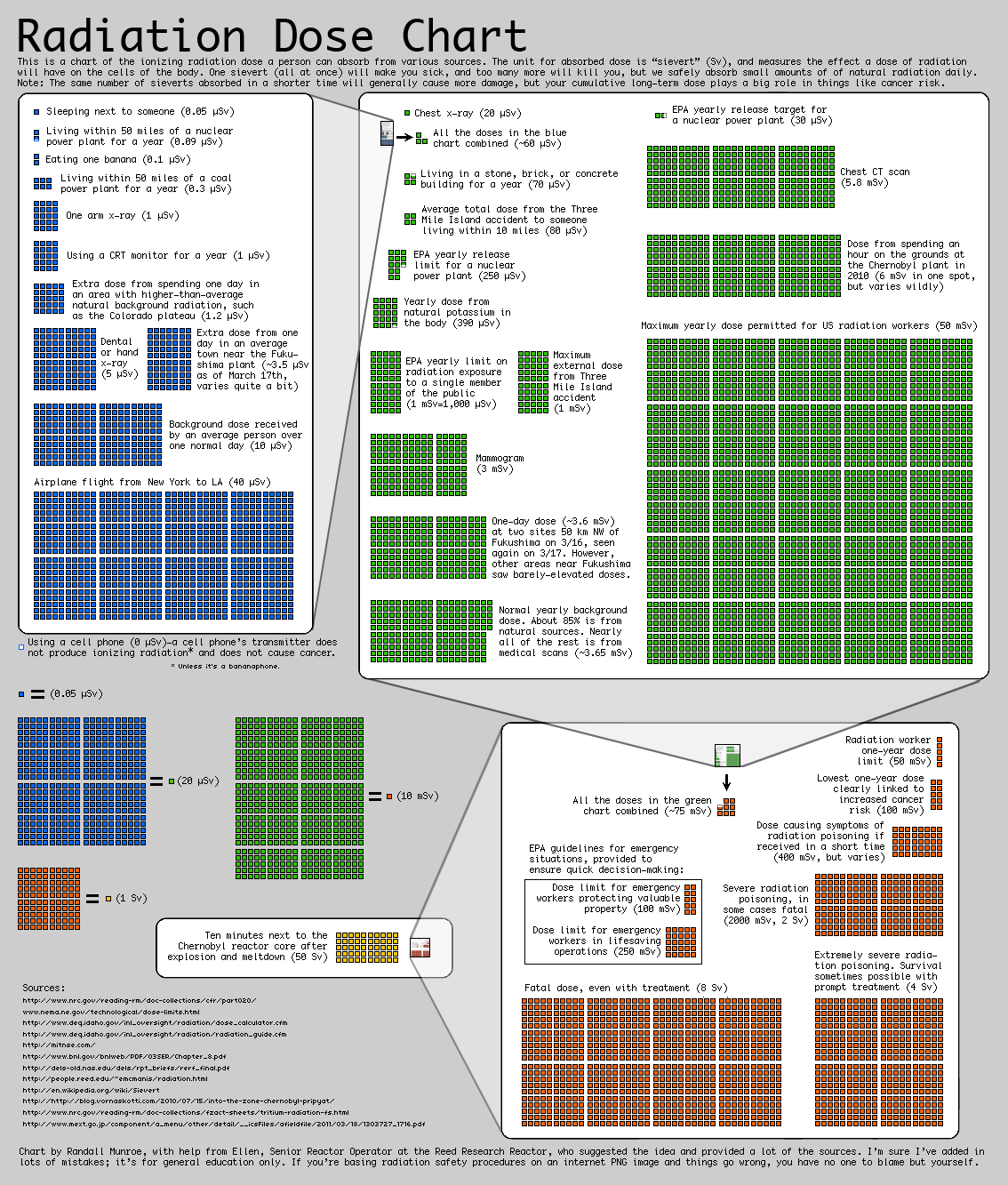 18
Is the net output of CO₂ from Nuclear Energy lower than the net output of other energy sources?
47
Is Japan's Fukushima nuclear disaster "on par" with Chernobyl?
33
Is nuclear power economically untenable?
11
Does living near a nuclear power plant cause cancer?
13
How dangerous are rare earth processing by-products?
12
Could Fukushima daiichi cause the health problems suffered by the USS Ronald Reagan crew?
15
Does this video show Fukushima Daiichi radiation in San Francisco?
10
Have 1,822 people died in Fukushima as a result of the nuclear accident?
16
Did the wind power industry produce more radioactive waste than nuclear power plants?
20
Does nuclear power cause fewer deaths than other forms of electricity production, accidents included?