Does this photo show large crowds of protestors in Mexico?

The Mexican media has blacking out the protests against their new government, who have been accused of doing everything from buying votes to buying off the media.

If the corporate media won't spread this story, then let's spread the story. Share this all over your pages and your friend's pages and help support the democracy movement in Mexico.

It has a number of similarities to the fake image of Occupy Wall Street protests - improbably dense crowd, dodgy quality, and an indictment of the "corporate media" suppressing the truth. Also making me suspicious is how the same photo has popped up on a number of other websites, all without attribution, all with the same general message.

Short Answer: Yes, it is real

I live in Mexico City, and those protests were real, the picture from the Facebook post by "US Uncut" looks real, but recently we have had many demonstrations like that, I think the date of that specific picture is June 27th, here are other pictures of the same day: 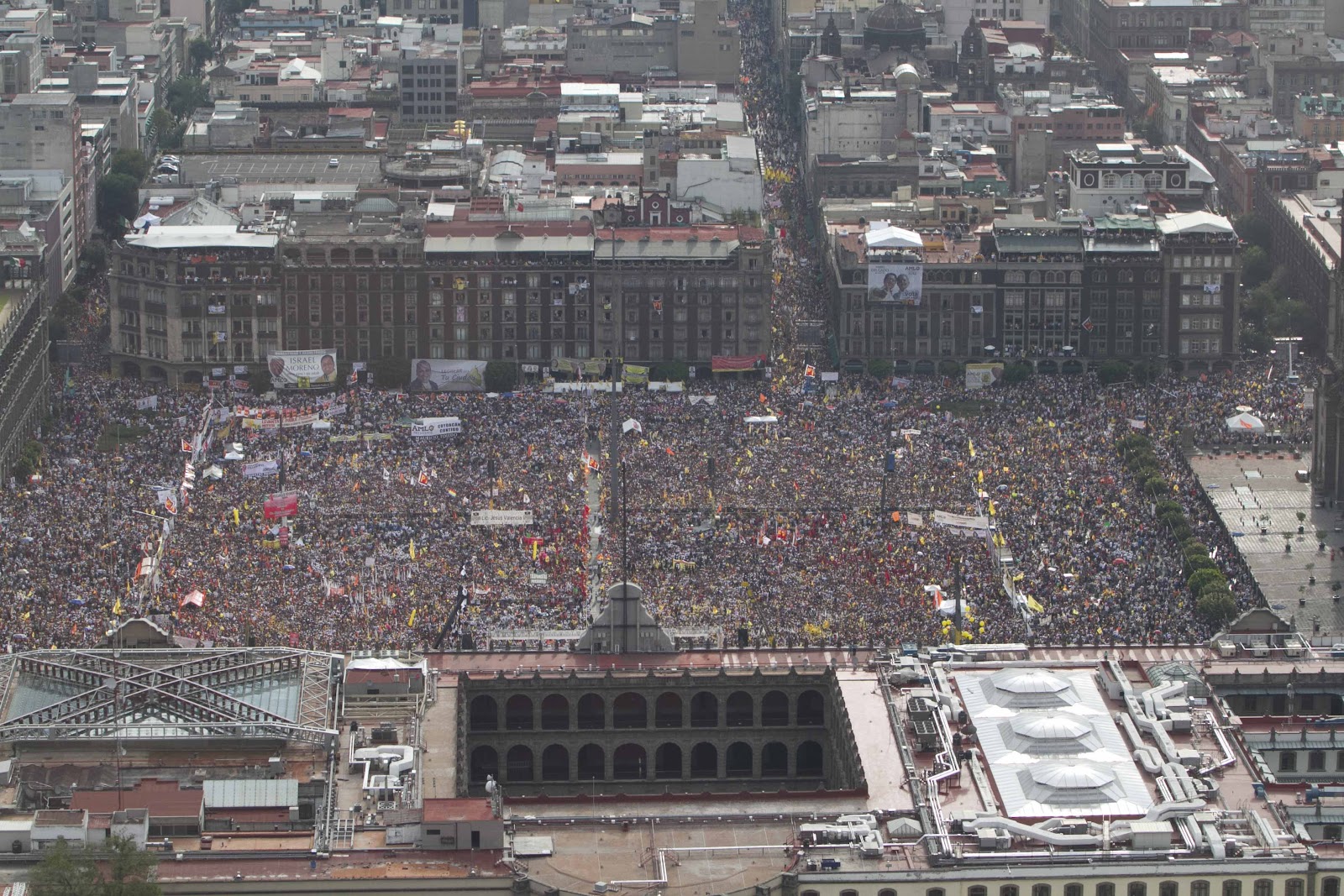 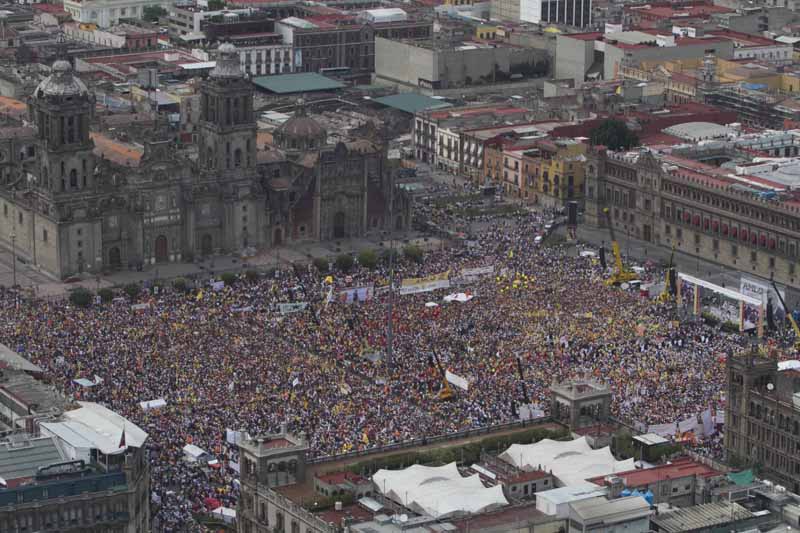 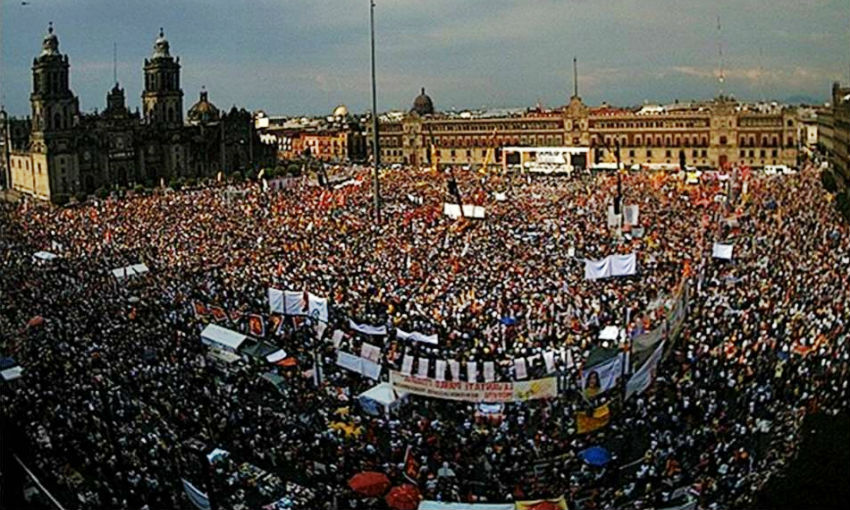 Here are the key words I used for the search: Junio+27+amlo+zocalo 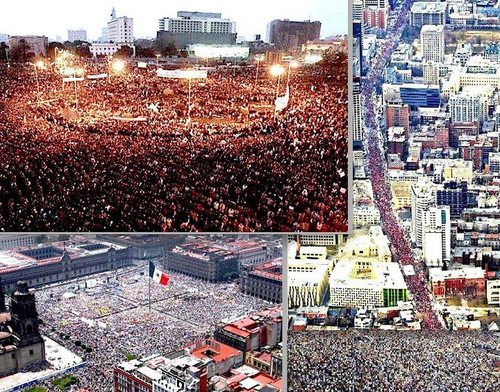 And about corporate media suppressing the truth, yes that is also true, the biggest media company in the Spanish speaking world received payments to give biased coverage to the elections:

Mexico's Televisa files: how do we know they are genuine?

Televisa should apologise to Mexicans for its Peña Nieto election bias

The Facebook comments have a link to Anarcho-Queer that demonstrates this picture is photoshopped, using crowds in Montreal as the base photo. 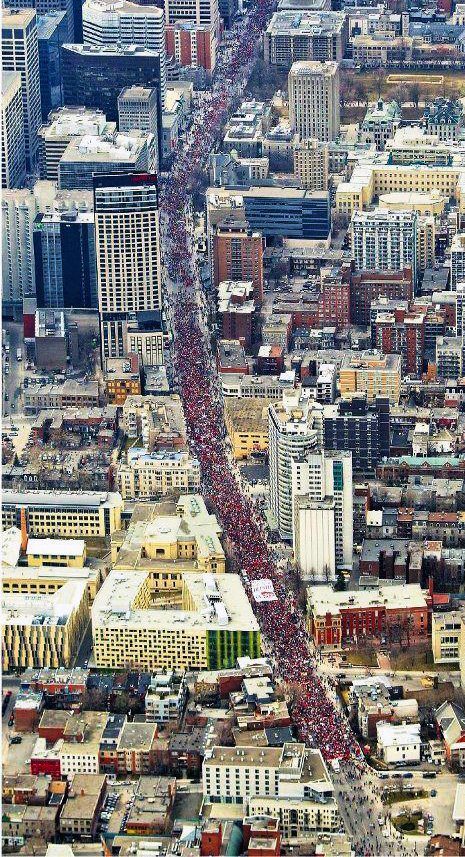 But the Mexicans really are protesting.

Not the answer you're looking for? Browse other questions tagged politics mexico .

70
Did smiling, female Israeli soldiers pose with "We kill Children" placards during Gaza War?
21
Is this photo of Occupy Wall Street authentic?

21
Is this photo of Occupy Wall Street authentic?
49
Is there a "red shift" in U.S. elections — a significant shift to republican votes between polls and voting? Does this imply fraud?
13
Does Mexico have stringent voter ID requirements?
10
Does this video show the US arming Islamic State?
71
Is this photo of Jeremy Corbyn and caption accurate?
7
Does most illegal fentanyl sold in the US come through Mexico?
31
Was there a "dump" of votes in Michigan where 138,339 votes were added for Biden and 0 for Trump and does this indicate potential fraud?