Did Donald Duck accidentally use methylene in a comic before it was discovered?

In 1963, the Disney Studio learned just how wide and faithful a readership Barks had. A letter arrived from Joseph B. Lambert of the California Institute of Technology, pointing out a curious reference in “The Spin States of Carbenes,” a technical article soon to be published by P.P. Gaspar and G.S. Hammond (in Carbene Chemistry, edited by Wolfgang Kirmse, New York: Academic Press, 1964). “Despite the recent extensive interest in methylene chemistry,” read the article’s last paragraph, “much additional study is required…. Among experiments which have not, to our knowledge, been carried out as yet is one of a most intriguing nature suggested in the literature of no less than 19 years ago (91).” Footnote 91, in turn, directed readers to issue 44 of Walt Disney’s Comics and Stories. It seems Donald’s reference to CH2 in panel 2.1 was years ahead of its time: the existence of this elusive chemical intermediate had not been proven in 1944.

However, they also believe that a Donald Duck comic caused a patent for raising a ship from the bottom of the ocean to be rejected, which is actually a myth.

While I couldn't find an online version of the original paper,

at least it does exist.

But there is a reference to it in the textbook "Organic Chemistry" by Morrison and Boyd: 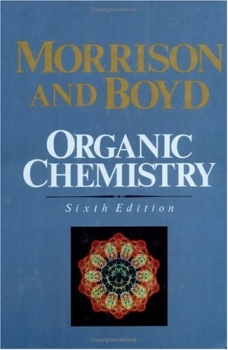 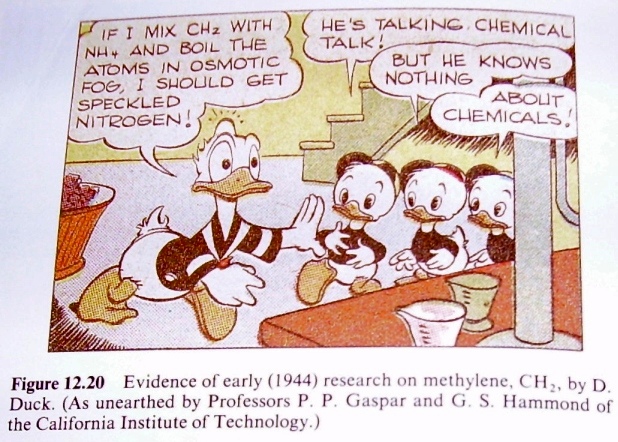 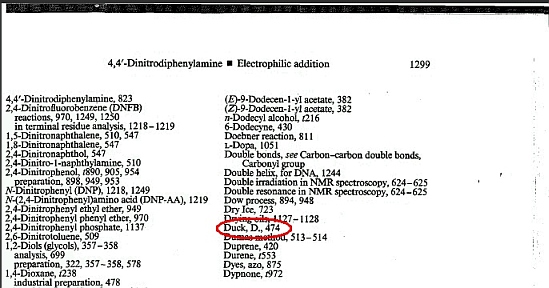 33
Did raising a Japanese freighter by means of ping pong balls happen?

14
Did silver mostly not tarnish before the Industrial Revolution?